Contact Us Today for Advertising Opportunities Both Web and On-Air!
COVID-19 Vaccines are now available to ANYONE who lives or works in the region.
SDML School of Choice registrations are now being accepted during regular school hours
Mental Health week is May 3rd - 7th! See community calendar for details
Relay for Life is virtual again this year. It takes place June 12th. Go to cancer.ca for details.
Thompson Festival of the Arts goes virtual this year. Watch their facebook page for details.
102.9 CHTM's Hockey Draft is back. Listen Fridays for your weekly standings.
Register for Thompson Connect at thompson.ca for news straight to your phone & inbox!
Listen LIVE here - or ask ALEXA! We are also on the free Simple Radio App!

Posted About Two Years Ago by Stuart Walter (via Joe McCormick, CFAR)

The ridings won’t be the same the next time Manitobans go to the polls for a provincial election.

The Manitoba Electoral Boundaries Commission recently released their 2018 report, which has Winnipeg gaining one seat while rural areas lose one seat.

Despite originally proposing the combination of Flin Flon and The Pas into one riding, the new boundaries have the two communities remain in different ridings, though the boundaries will be changing.

The Thompson riding will be expanding in size considerably to include communities like Nelson House, Gillam, and Churchill.

The Commission says that the new boundaries divide the north into four electoral divisions that have better balanced populations, are similar in size and respect travel patterns as well as communities of interest.

The map of the full changes can be found below. 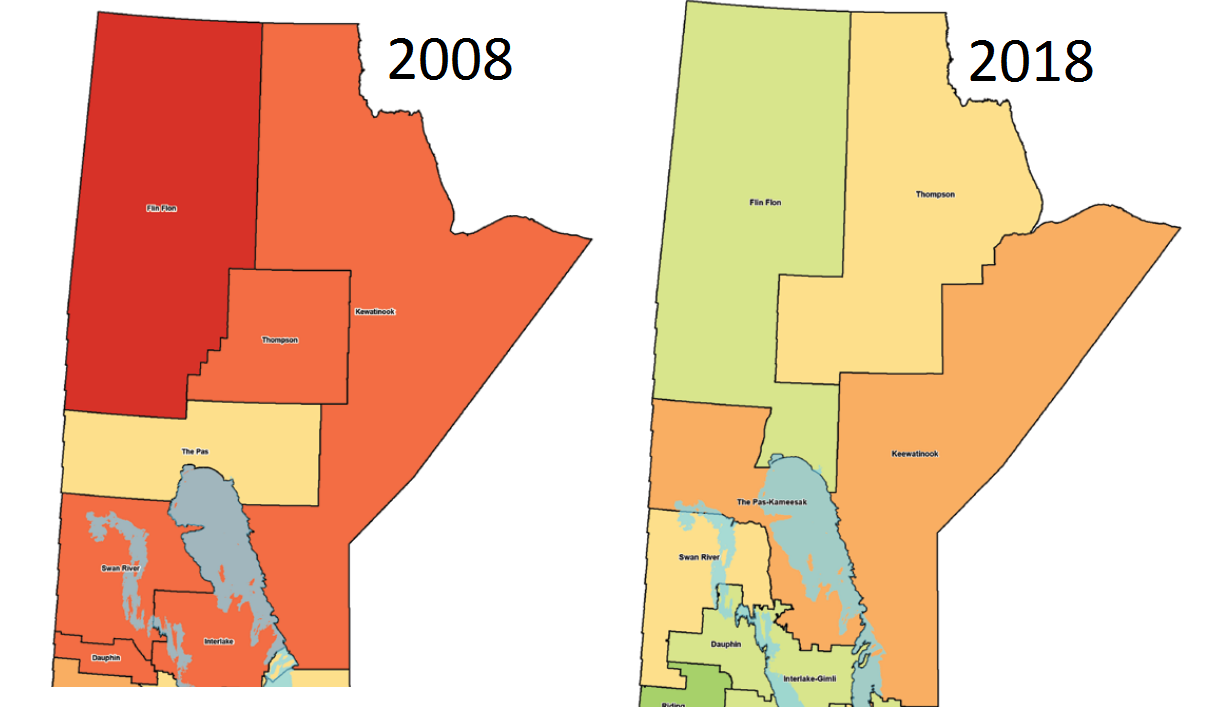