Posted About Seven Years Ago by Monika Gul

The 3-day conference attracted 800 visitors to Winnipeg, including members from Vale, Manitoba Operations.

Ryan Land with Vale says it’s the industry event in the province:

"As we are still the largest mining company in the province, I think it’s important for us to have a profile there, but it’s also important for us to really serve as a leader in the industry, and share with others what we’re doing in Thompson, Manitoba. It also helps us grow as professionals and as a company too, to see what’s going on across the province".

Land says Vale employees have been involved in a number of presentations and sessions, including a technical program, and an Indigenous engagement session.

Yesterday, Director of Mine and Milling in Thompson, Mark Scott gave a presentation to delegates on an update on operations. It was a similar report to the one given to the community earlier this year, but looked at exploration and development activities, and the development horizon for operations over the next couple of years. 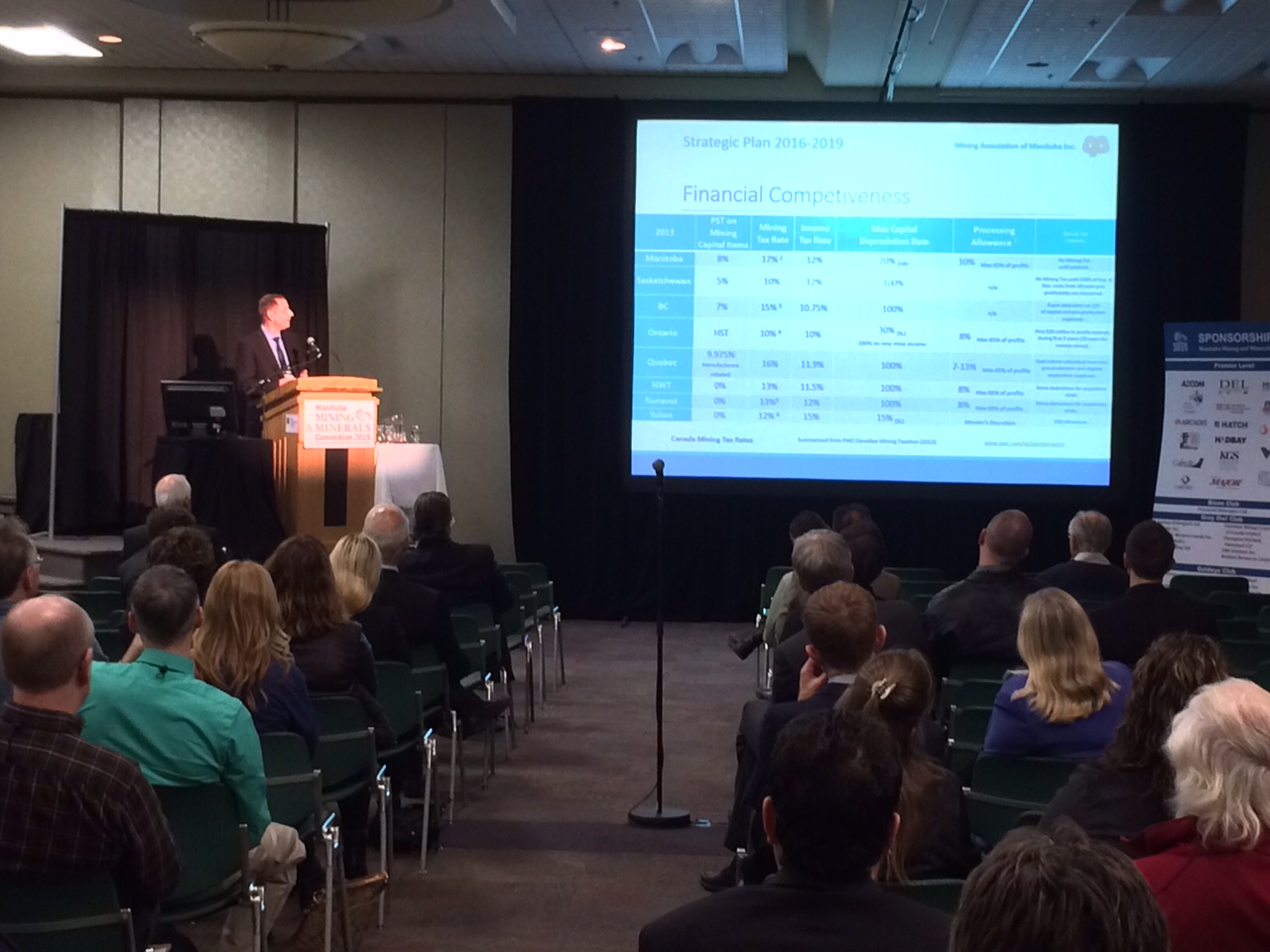 Executive Vice President, Tim Friesen, of the Mining Association of Manitoba, presenting on the State of the Industry in Manitoba (Photo courtesy Ryan Land)